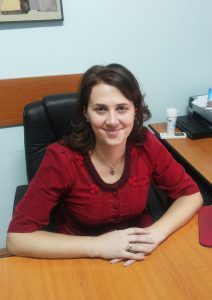 Being in a context in which nature has literally changed, charming us with the diverse flavours and flowers, Piatra Neamt is the part of heaven which will host an international competition in the most wanted field of the twentieth century, that is computer science and the INTERNATIONAL OLYMPIAD IN INFORMATICS IN TEAMS. We are talking about an important competition with teams from Italy- in fact the initiator of the competition was Istituto Aldini Valeriani Sirani, in 2010- from the Russian Federation, The Republic of Moldova, Bulgaria and Romania.

This year, Romania has the honour of  hosting the event which takes place between the 23rd and 28th of May 2018. Just as collaboration was at the basis of the millenium, it will also play a major role in the contest in which accomplishment and success depend on the emulation of ideas that lead to solutions. Because binary language is a universal one, I am convinced that all the competitors will enjoy an experience in which their connection of minds will be doubled by one of wit and why not by a connection of souls. That is why, I wish all the participants, starting with contestants and ending with volunteers- to enjoy everything that the competition has to offer, from challenging problems and longlasting friendships up to knowing enchanting places which reveal our identity.

I want, as well, to thank all the teachers involved in organising this Olympiad and other similar ones for their professionalism and wish them patience and creative ideas, so that this event should become a memorable one, because „Nothing is impossible for the one who tries.”

Why the Informatics Olympiad in Team were born?

How does it work?